The World Water Week in Stockholm is a major yearly event for international stakeholders in the water sector, allowing them to exchange ideas and discuss major issues facing this resource. The French Water Partnership has traditionally participated in this large event.

The World Water Week in Stockholm is organized every year by the Stockholm International Water Institute (SIWI). Since 1991, it has served as the annual focal point for discussions and talks on global issues that the water sector is facing.

Each year, more than 200 bodies hold meetings and sessions over the course of this week. Many stakeholders from the water sector in English-speaking countries attend the conference and discuss the technical, political, and scientific aspects of water resource management.

Theme of the year : sustainable growth

A specific theme is selected for each year.

While the theme for 2015 was “water for development,” reflecting the inauguration of the new Sustainable Development Goals, the 2016 edition will be dedicated to sustainable growth. It will be held from August 28 to September 2 at the International Fairs and Congress Center in Stockholm.

The FWP is a contributor to the [Water Report 2016], which is edited by the SIWI and will be distributed during World Water Week. You can find the FWP’s article on page 12.

The FWP and french delegation events during World Water Week 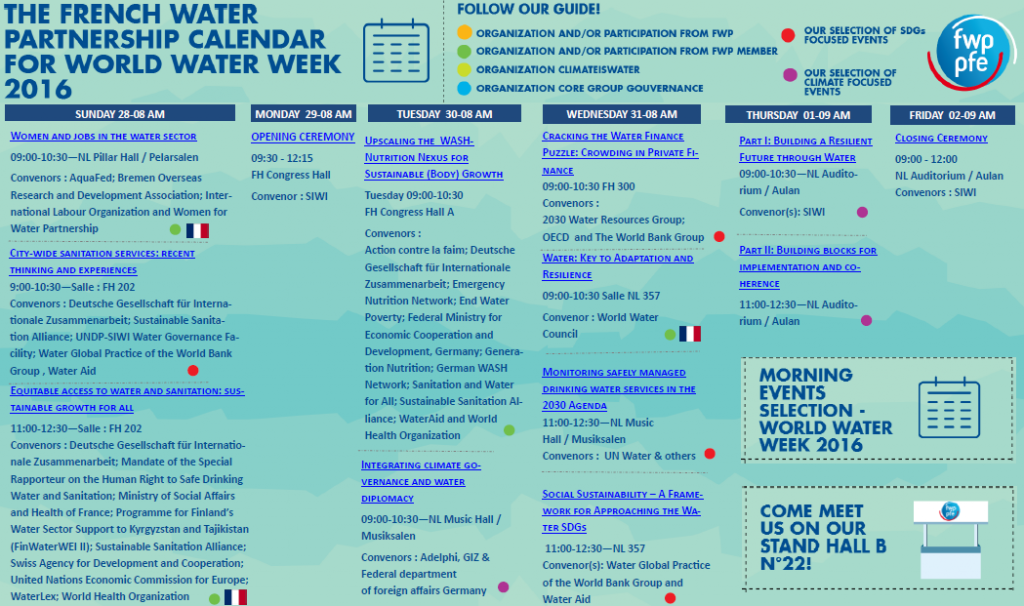 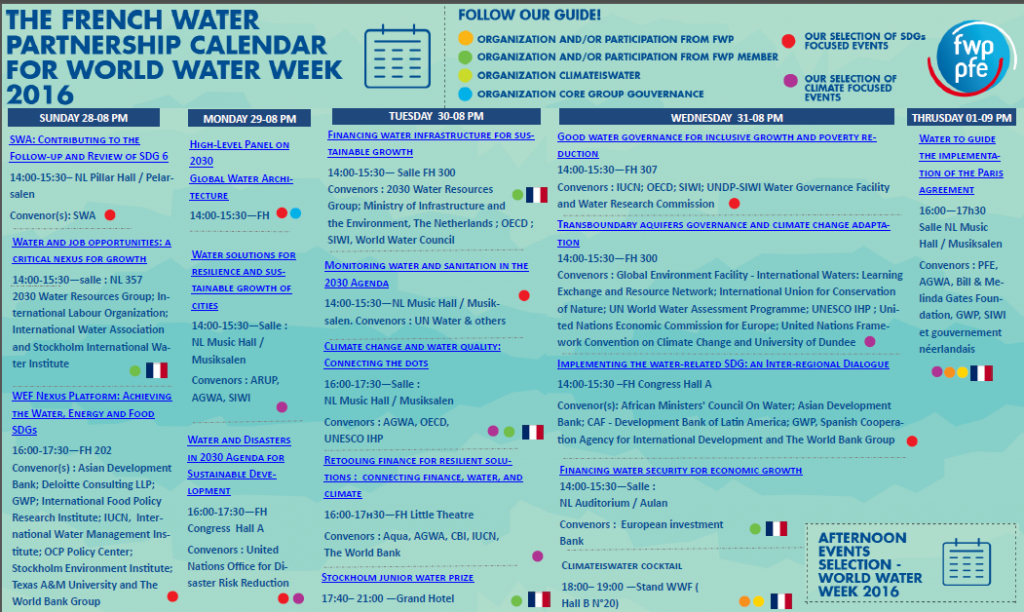