Despite the progress made thanks to water’s inclusion in the current Millennium Goals, the members of the FWP consider that water is still a veritable international emergency.

Between 2 and 4 billion people do not have access to truly clean drinking water (and not 800 million as the official figures would like us to believe), 2.5 billion do not have access to toilets, 90% of the waterborne pollution around the world receives no treatment leading to considerable damage for health and the environment and 1.7 billion people live in regions where the groundwater is overexploited.

To ensure that this priority is central in defining the future Goals, the members of the FWP are calling for a specific Water Goal in the Post-2015 Agenda. For this, the FWP has been working with its members to define joint messages.

The FWP’s action is threefold :

– It mobilises International, European and French organisations for advocacy;

– In its working groups, it defines joint messages, targets and indicators as part of the Water Goal;

– It works with sectors where water plays an important role (food safety, sustainable city energy, etc.) to find an inclusive, cross-cutting approach to this Goal.

Regular consultations are organised with the Ministry of Foreign Affairs to present the positions drawn up by the FWP to international decision-making organisations working with the United Nations.

Contributions of the FWP for the post 2015 United Nations Agenda 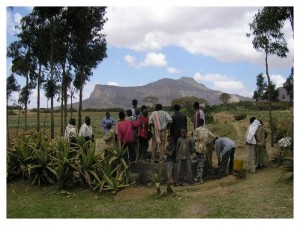